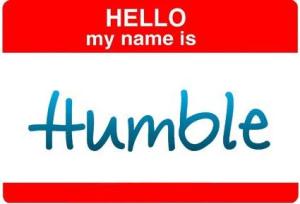 We are all prone to wearing labels and accepting titles. Some of these are self-inflicted notions, some are imposed by others we encounter. Ideas of who people think we are. And while some of these particular unrequested assumptions can be permissible, and even somewhat encouraging, some can be flat-out detrimental. It’s in these unexpected roles that we find ourselves cast into uncharted territories, and unexpected burdens. See, if expectations are exceeding our capabilities, we can tend to be overwhelmed. At least I know I am. I’m hoping I’m not the only one who’s taken time to ponder this. Have you thought bout what roles are projected on you, roles that you either connect with or reject?

I ask because I contemplate this almost daily. See, my phone holds a certain perspective of me. It refers to me as “Jaklyn Giver of Sarcasm.” Not to say I object to that title, but on occasion, I just can’t deliver. I honestly don’t embrace mockery constantly. Yes, 95% percent of the time, it’s one of my strongest (read: most obnoxious) traits. But that other 5%…sometimes I actually want to be kind. (Believe it, ok?)

Another title that has been thrust upon me, this one both unbidden and unwelcome, and bearing a grand offense? The assumption that I prefer to be called “Jackie.” Granted, it’s not a role, but it’s a name. And it’s a name I have no connection to in any way, at all. It doesn’t fit my personality, and I have rejected the notion of being called this my entire life. I can remember being maybe seven years old and informing kids if they called me “Jackie,” I’d punch them in the arm. I’ve also said that half-jokingly in the not-so-distant past… (I’ve got to work on being a bit nicer. It’s a bit embarrassing writing apologies for stupid things said… Multiple times in a single week.)

The reason I started this thought process on labels was inspired by my contemplations of a role I’ve stepped into. And it’s been something I’ve done with great joy. It’s this embracing of the title ‘writer.’ It’s a bit self-proclaimed, a bit projected on me. But I truly admire words, and take delight in trying to string them together to form coherent blurbs out of my nonsense. There is something magical found in the way words can evoke emotions, provoke thoughts and dialogues, how they can inspire actions and reactions… To me, the only other thing that can carry such effect in life is music. Words. Are. Powerful. And wielding them is a job I don’t take lightly. (Usually.) And yet, even as I pen my thoughts, I can’t help but marvel at the insignificance that is found in my words.

Have you read any exhilarating books lately? Any words that have inspired you? Have you visited a library or a bookstore and found yourself overwhelmed by the sheer volume of literature that exists? I have. And it seems nearly unfortunate. Not to diminish what I may or may not possess in skills. Not to discount that I am a voice, or the value of words I may be able to share. But in the grand scheme of things, I am just one voice. One small street peddler of thoughts, among the big box stores of literary masterpieces. Not always strong, lacking in articulation, and often lacking a point, my writing is what it is. Faulted at best, I’m choosing to still accept it is mine. It may never be timeless, or a classic. Heck, it’s probably going to come nowhere near classy. But I will embrace it, even though I am constantly humbled by the scholarly elite.

It saddens me to contemplate how often we do this in life, how we allow ourselves to peruse the paths of self-doubt. Too often, of this I am sure. Yes, others may be more accomplished, hold higher accolades in areas we can only dream of excelling in. But that doesn’t mean we can’t try. That doesn’t mean we can’t add our own voice, our own talents, ideas, visions. It may be ‘ad astra per aspera’ that we travel (“to the stars through difficulties”). But if we don’t dream of reaching beyond the limits of what we know, if we don’t try stretching to the cosmos, we’ve already let gravity win. We’ve clipped our own wings. We’ve given up on our own unique dreams.

I may never be anything notable, or create anything memorable. And if the past indicates the future, I will mostly remain humble. (Or rather, humbled!) But I will nonetheless dream. I will create what I can, even if my creations will never stand alone as masterpieces. I will try to shrug off those ill-fit titles cast on myself and step into that part I’m meant to play. And all the while I will try to remember not to give people titles and assign roles, or judge them for the parts they’ve chosen to play.

As Shakespeare once wrote, “All the world’s a stage, And all the men and women merely players: They have their exits and their entrances; And one man in his time plays many parts…”

What role do you embrace? Are there any you fear stepping into?